Senator Alan Peter Cayetano is one vice presidentiable that has had many achievements in his political career. Rodrigo Duterte’s running mate is the son of the late Rene Cayetano. Here are ten reasons Cayetano would be a good VP:

After graduating with a degree of BA Political Science from the University of the Philippines in 1993, Cayetano earned his post graduate degree (Law) from the Ateneo de Manila in 1997.

2. Great achievements from his youth.

3. One of the poorest and least corrupt senators in the Philippines 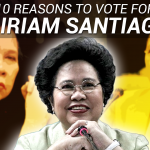 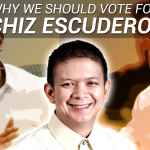