Presumptive Philippine president Rodrigo Duterte is considering the reinstatement of the death penalty via hanging as capital punishment for criminals involved in gun-for-hire syndicates, illegal drugs, and those who commit “heinous crimes” like rapists and thieves who kill their victims.

In his first post-election press conference last May 15 (Sunday), Duterte stated that he wants to restore the death penalty and asked lawmakers to consider it.

“What I would do is to urge Congress to restore the death penalty by hanging,” Duterte said.

Former President Fidel V. Ramos (who served from 1992 to 1998) restored the death penalty which was allowed in the 1987 Philippine Constitution. The Death Penalty was carried out seven times during former President Joseph Estrada’s time (1998 to 2001) according to the records of the Commission on Human Rights. Meanwhile, Estrada’s successor Gloria Macapagal Arroyo (from 2001 until 2010) who was against capital punishment repealed the law in 2006 via Republic Act No. 9346.

“If there is no fear in the law, wala yan. Yung hanging, once the spine is ripped off inside, wala na. Just like putting off a light.” said Duterte when asked why he preferred hanging over the more humane lethal injection.

(“If there is no fear in the law, it means nothing. In hanging, once the spine is ripped off inside, it is nothing. Just like putting off a light.” said Duterte when asked why he preferred hanging over the more humane lethal injection.”)

The Commission on Human Rights and the Catholic Bishop’s Conference have already made various statements against this proposal from the tough-talking presumptive President. The two organizations have been very vocal about their opposition to the “controversial” statements made by Duterte during the campaign period. 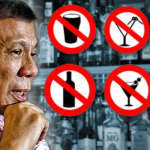 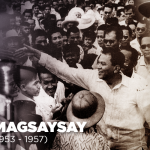