MANILA, Philippines. The jeepney driver who was caught sexually harassing his passenger in a viral video posted by Chris Rey Bonifacio has been positively identified by the victim with the help of the Land Transportation Franchising and Regulatory Board (LTFRB).

Based on the records of the LTFRB, the sexually abusive jeepney driver was identified as Emmanuel Hanopol Escalona. He will be facing a case for acts of lasciviousness, which is a criminal offense. Moreover, Escalona will also face charges for wearing inappropriate clothes while driving as he was seen wearing only a sando (sleeveless undershirt) and shorts in the video.

The victim, Llacuni Bonifacio, decided to take a video of Escalona after she caught him staring at her body and sticking out his tongue while she was in the passenger seat of a jeepney on the Cubao-Lagro route.

Escalona even uttered words Llacuni couldn’t understand after other passengers alighted the jeepney.

When they reached 15th Avenue in Cubao, Escalona touched a sensitive part of Llacuni’s body. Traumatized by what happened, Llacuni suddenly jumped out of the vehicle and almost got hit by another vehicle. Luckily, she was unharmed and the act was caught on video.

LTFRB board member Ariel Inton has made recommendations to cancel Escalona’s driver’s license  and ask the jeepney operator to give a statement about the driver. Inton emphasized that it is inappropriate for the likes of Escalona to drive a public utility vehicle (PUV).

Watch the viral video below. 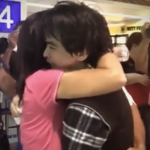 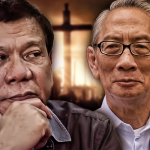