A deluge of emotions and sympathy poured forth after the violent dispersal of protesting farmers in Kidapawan, Cotabato Province last April 1. But mixed in with the expressions of shock and outrage, a slew of finger-pointing and conspiracy theories are currently flooding social media.

Were the hungry farmers really goaded into action by communist insurgents? Is destabilization the real goal behind the violence? Is the tragedy election-related? Amidst all these, it seems the government has a few questions of their own.

“Unang-una, (First of all,) we should know the facts,” Rappler quoted Department of the Interior and Local Government (DILG) Secretary Mel Senen Sarmiento. He continued by asking, “Sino ba nag-organize? Sino nag-finance? High finance ito ha, transporting people from other provinces. Dinala doon. Sino ang key leaders na nagsabi… (Who organized it? Who financed it? And we’re talking high finance here, transporting people from other provinces. They were brought there. Who were the key leaders who said…) these are things that should be subjected to the investigation. Who told the people na may mamimigay ng bigas? (that rice would be given out?) That is the very reason why marami ang sumamang iba. (a lot of people went.) What is really the motive… Is it rice? Or IPSP (Internal Peace and Security Plan) Bayanihan? What really is the motive? We should determine that.”

During the recently-concluded turnover of fire trucks and police patrol vehicles in Quezon City, Sarmiento stressed to reporters that while the farmers seemed to be asking for rice, some rallyists apparently were there to protest Oplan Bayanihan, the framework followed by the AFP (Armed Forces of the Philippines) for counter-insurgency measures. “Rice dito sa harap pero bayanihan ang nasa likod eh, (Rice at the front, but it says Bayanihan at the back,)” he said while presenting a photo, pointing reporters’s attention to the placards carried by the protesters.

Sarmiento further announced that an investigation into the incident would be undertaken, this will include an internal investigation within the PNP (Philippine National Police,) a separate probe by the Napolcom (National Police Commission,) as well as an inquiry to be conducted by the CHR (Commission on Human Rights.) 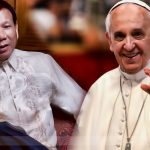 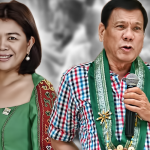