Davao City Mayor and presidential candidate Rodrigo “Rody” Duterte claimed Sunday (April 3) that he received a reply to his apology letter from the Vatican. The letter allegedly indicated that he had been forgiven for supposedly cursing Pope Francis last year.

But Duterte refused to show reporters a copy of the Vatican letter, saying that unlike other politicians, he will not use it to gain votes. He said he decided to write to the Vatican for his own peace of mind and not for political reasons.

The said letter was confirmed by Davao City Archbishop Romulo Valles in a press conference on April 4 at the Bishop’s residence in Davao.

The cover letter signed by Angelo Becciu, of the Secretariat of the State in Vatican with No. 88.132 dated 24 February 2016, acknowledged that the Pope received Duterte’s letter last January.

In a letter from the Vatican’s Secretariat of State signed by Angelo Becciu dated February 24, it stated that “His Holiness Pope Francis has received Duterte’s letter dated January 21, 2016″ and that the Holy See “appreciates the sentiments” which Duterte expressed.

“The Holy Father offers the assurance of his prayers for you, as he invokes upon you the divine blessings of wisdom and peace,” the Vatican letter stated.

Duterte’s camp has yet to reveal contents of the mayor’s letter to the Pope.

Duterte said last January that he was planning to visit Pope Francis to personally apologize. 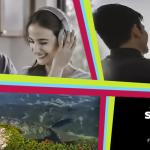 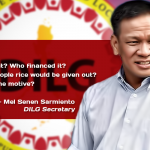