A study carried out by researchers at the Norwegian University of Science and Technology suggests that men have a better sense of direction compared to women. In order to answer the age-old gender cliche, the researchers gave out navigational tasks to participants.

In the new research, 18 male and 18 female participants were asked to wear 3D goggles and a joystick for an hour to familiarize themselves with a virtual maze game. Afterwards, they were given 30 seconds each to complete 45 different navigational tasks. While performing the activity, the researchers used fMRI (Functional magnetic resonance imaging) to measure their brain activity.

The study’s lead author Carl Pintzka said, “Men’s sense of direction was more effective. They quite simply got to their destination faster.”

A second experiment involving 42 female participants, half of which were given a “drop of testosterone” was conducted to check the effect of the male hormone.

Their findings showed that the women who received testosterone had an “improved knowledge of the layout of the maze.”

The researchers believe that the differences in male’s and female’s navigational skills depend on how our brains evolved.

“In ancient times, men were hunters and women were gatherers,” Pintska said.

directionmen have a better sense of direction than womenmen vs women 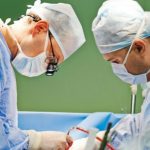 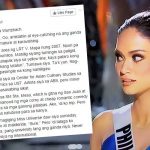