Last December 2, Facebook user Alice Cadao recalled the acts of kindness and generosity performed by Mayor Rodrigo Duterte, which she witnessed firsthand. In the post, she confessed that both negative and positive write-ups on the mayor prompted her to share her own experiences with the man as well.

A Davao native since birth, Cadao said that she lived just a few meters away from the mayor’s house and that as a young girl, she would often hear stories about Dueterte’s generosity. But it was when she started working as a Production Officer for ABS-CBN Foundation, Inc. and a correspondent for Bantay Bata 163 Davao that she witnessed for herself, “how genuine this man really is.”

Her job then included producing segments which featured ailing children who needed either immediate medical attention or required surgical operations.

“Through local TV Patrol Davao in the afternoon, the said feature stories were aired for broadcast. The material would run a maximum of two minutes pero [email protected]#$&@% I#&! before the airing would end, our office would receive a call. “Si Mayor na daw mag-shoulder sa expense sa medication sa bata (The mayor would shoulder the medical expenses of the child.),” she narrated.

Cadao also attested that those were honest attempts to help on Dueterte’s part and not just some publicity or political stunt. “No broadcast coverage, no picture-taking, just genuine help for the needy,” she said. “Mind you, I cannot anymore count how many he had helped and it was never a requirement if the parents were voters or from Davao City… He didn’t mind where they came from even if from Tagum, Mati, Gensan or Cotabato, what’s more important to him was he was able to help.”

Another FB user, Elaine Joy Domingo, agreed that the rough-talking mayor does have a soft spot for children. “He really loves children and believe nah ‘Ang kabataan ang pag-asa ng bayan.’ (He really loves children and believes that the youth are the country’s hope.) He wants the next generation to live in heaven. A very generous, soft, kind-hearted man.”

Bruce Muckin, an expat who first came to Davao in 1976, also attested to how differently the Davao local government runs things. “…His leadership has made the city and surrounding some of the safest places in SE Asia. If I had a vote it would definately [sic] be for this man. The country needs a leader. He will never be popular with everyone, but he’s the leader the country requires.”

Visitors to the city also share their admiration of the man. “…I saw a huge difference in Davao compared to different cities I’ve been to in the Philippines where there are no tarpaulins congratulating new grads and board passers with politician’s faces in front of it, no people smoking in public places and no karaoke parties after midnight safe to walk around the city at midnight. Sana bago natin sya husgaan tignan muna natin sarili natin. (I hope that before we judge him, we look at ourselves first.) What did we do for our country to judge him?” asked Joash Rubio Bueno.

But after the recent controversy with the mayor allegedly cursing the Pope, not all view him in a positive light.

Carl Quimpor asks, “…Being generous ba is an excuse sa pagmumura at walang respeto sa belief ng iba? (Is being generous an excuse to curse and disrespect the beliefs of others?)” 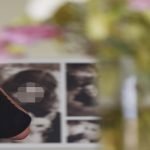 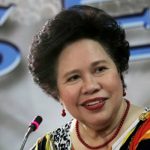