At Brittany Peck’s garden wedding, the sky was bright and her loved ones were gathered around. As is the tradition, her father Todd Bachman was set to walk her down the aisle and give her away to the groom. But when it was time for them to walk towards the groom, Bachman suddenly stopped and stormed towards Todd Cendrosky, Brittany’s stepfather.

It was a tense moment for everyone because the two never got along well and no one had an inkling as to what the bride’s father was about to do. They all breathed a huge sigh of relief when Bachman stopped in front of Cendrosky and pulled him up from his chair so he could help give the bride away.

“I think he said something along the lines of ‘You helped raise her,’” recalled photographer Delia D. Blackburn who was covering the event.

Everyone had tears in their eyes for this was a rare moment and it was clear in the stepfather’s facial expression that he was deeply touched by the gesture. Even the photographer was so moved by the moment that she had to run fast to take snapshots because she was also “losing it.”

Mere hours after Blackburn posted the photos on her Facebook page, they went viral. “It apparently touches so many families in America today. They are happy that their message is getting out for parents and stepparents [to get] along for the sake of their kids,” she mused.

The newlyweds were also happy that the story had gone viral and hoped this would serve as an inspiration for other families.

As Blackburn puts it, “Families are what we make them…make it about your kids and not your ego. Congratulations Todd Bachman on showing your kids what true love really is…love for your children.” 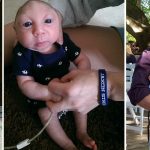 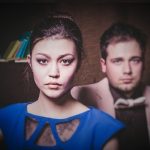