Netizen Jhen Reyes is asking people to spread the word and share the heart-wrenching photo of an old couple staying in Ward Room # 33 in Central Luzon Doctors’ Hospital in Tarlac.

Reyes discovered that the old woman had been confined as she suffered from a stroke and was paralyzed. According to sources, she was brought to the hospital by her grandchild who promised to return. The old man stayed by his wife’s side. But at the time Reyes took the photo, it had already been five days since the grandchild had left them. They didn’t have any visitors and they didn’t have any clothes or food and were dependent on rations.

The couple lived in Brgy. San Roque, Tarlac City in a rented house. Their children are said to be living in Australia.

This photo has deeply touched the hearts of netizens and has been shared more than 13,000 times as of this writing. While there have been no updates or additional information as to who this couple could be, Reyes continues to ask for support. Let’s all pray that it may reach their family who can bring them home soon.

Central Luzon Doctors’ Hospital has released their official statement in a post regarding the matter.

The patient’s granddaughter who allegedly left the couple is Michelle Puri approached our the hospital’s customer relations office to give clarification on the said issue.

The patient was admitted on August 4 and the original post was uploaded in Facebook 2 days after. Puri had made a request to their nursing unit and specifically asked one of the nurses to look after her grandparents (the patient identified as Tadea Cano and husband) as she needed to take some rest due to her fever last Thursday (August 6, 2015.)

This was verified by the nurse. The nurse on duty said, “Inihabilin po nya sa akin si Lola dahil kailangan nyang umuwi at magpahinga. Nilalagnat na rin po kasi sya. [She left her grandmother in my care since she had fever herself and needed to go home to rest.]”

According to the post, “Puri had her peace of mind that her grandparents are in good hands since the hospital will provide meal[s] for her Lolo and medication for her Lola.”

Puri also shared her hurt feelings upon hearing the rumors that went around since many netizens had said unpleasant things about her and her family.

While Puri and the hospital administrators understood the original poster’s intent of only helping the old couple, they also advised the public to think things thoroughly and verify facts before spreading such stories on social media.

CLDH said, “We also hope that through this statement, we could put an end to the issue as there was no abandonment of any sort that occurred during Patient Cano’s stay in the hospital. The patient was discharged last Monday, August 10, 2015.” 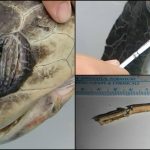 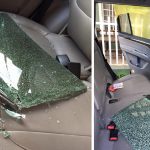