Plastic was first used in 1862 and since then, people have been using plastic for almost anything and everything. However, its impact on the environment is becoming worse than ever.

Marine animals have become frequent victims of plastic waste, with many ingesting plastic which can be fatal. (Source)

Just recently, Nathan Robinson, together with the help of Christine Figgener, helped saved a male Olive Ridley sea turtle by removing a plastic straw from one of its nostrils. The Olive Ridley sea turtle, which usually lives in temperate and tropical oceans, was found in an in-water research trip in Costa Rica. It is now considered endangered because it now only has a few nesting sites in the world. (Source)

In a video uploaded on YouTube, Figgener described how the sea turtle was in pain and bleeding as they removed the 10-12 cm long plastic straw from one of its nostrils to help him breathe better.

Through sharing the pictures and video, Robinson and Figgener aims to send a message to the public to refrain from using non-biodegradable plastic because it is harmful to the environment. 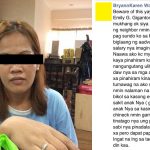 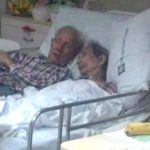