Vice President Jejomar Binay gave his own version of the State of the Nation Address in Cavite a week after President Benigno “Noynoy” Aquino gave his at the Batasan complex last week. While Binay enumerated the failures of the Aquino administration for the past five years, he praised heroic and notable Filipinos, particularly the Special Action Force (SAF) whom he used in his tirade against PNoy.

At the end of his “true” SONA, Binay called out Aquino’s apparent silence on the SAF 44 in his SONA.

Binay said, “Sa Mamasapano, apatnapu’t apat ang nagbuwis ng buhay at marami ang sugatan. Ngunit kahit pahapyaw, hindi nabanggit ang kanilang kabayanihan sa SONA. Kahit TY ay wala. [Forty-four lives were sacrificed and many were hurt in the Mamasapano encounter, but there was not even a mere mention of their bravery in the SONA. Not even a thank you.]”

Many were astounded by this statement of VP Binay and called him a hypocrite for using the SAF 44 as a means to bash the current administration. This is in reference to his clash with the police when his son Jun-jun Binay was suspended as mayor of Makati City. The younger Binay had refused to step down and leave the city hall premises, thus ensuing in a heated argument with enforcers.

VP Binay had had a heated argument with Senior Superintendent Elmer Jamias, deputy director of the Southern Police District, who was in charge of the operation and refused to remove the barricades.

Jamias said the vice president berated him and repeatedly poked at his name plate.

”Kinuwelyuhan, tinulak, dinuro ako, ginanun ang pangalan ko, [He pushed, pointed his finger at me and poked my nameplate as if insulting my name,]” said Jamias. 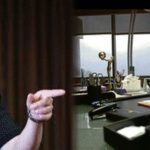 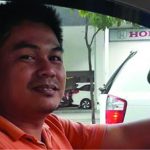