According to GMA News, Ang sued Gozon and other GMA executives after Ang made a downpayment of P1 billion for 32% of the shares of GMA Network stocks. Other respondents of the case were GMA Executives Felipe Gozon Jr., Anna Teresa Gozon-Abrogar, Ismael Augusto Gozon, Belinda Madrid, Ma. Erlinda Gana, Jaime Javier Gana, Florencia Gozon Tarriela, Edgar Tarriela, and Tricia Valderrama. However, members of the Jimenez and Duavit Groups were not included in the complaints.

The complaint stated, “The Buyer never agreed that the P1 billion would serve as some kind of surety fund or security deposit from which the Gozon Group can take or deduct the damages it will claim against the Buyer.”

Ang said in his complaint that the deposited P1 billion serves as downpayment for the purchase. According to him, the deposit was made with a check which was made payable to the GMA Network chairman, “with the agreement that it was held in trust for the company’s major shareholders — the Gozon, Jimenez, and Duavit Groups.”

In addition, Ang said that the negotiation was made in good faith, but they were not able to “agree, finalize, conclude and execute the transaction by the end of the exclusivity period.”

As of this writing, Gozon and his party have not made any comments as they have not yet received the complaint in writing.

Included in the complaint was the statement, “The P1 billion should have been returned to the complainant within three working days from the expiration of the exclusivity period [on November 15, 2014]… As early as November 19, 2014, the downpayment of P1 billion should have already been returned by the sellers to the buyer even without demand from buyer.” 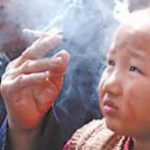 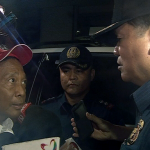