Former Mayor Jejomar “Junjun” Binay Jr., son of Vice President Jejomar Binay, said he does not believe in social media and that critics on these sites are only “trolls” paid by other politicians.

(Why should social media be the basis? How many people are on social media? That’s not right. There are a lot of people who can be paid as “trolls”. It cannot reflect the true sentiment of the people.)

In an interview with Karen Davila on ANC Headstart, Junjun Binay just smirked at Karen’s question on why he is not affected by social media bashers.

Junjun Binay said Grace Poe is running for a different position while his sister Nancy is only a senator. Furthermore, he said that Nancy has been exposed to politics as she has been assisting and accompanying their father.

(That’s a wrong question. Nancy has always been with my father. She has always been there to help with the issues at HUDC-Housing and Urban Development Coordinating Council.)

On answering the issues involving the Binays

When Karen asked why the Binays are not answering the issues being thrown at them, Junjun Binay said they have already answered all the issues. He also said that they are not getting a fair share of exposure from the media.

[It’s because he (VP Binay) has given an explanation to the Senate. He doesn’t want to go back there. In all instances, we answer (issues and allegations) in print, on TV. But we have a formidable enemy because they can control  what is released in the media.]

Junjun Binay said that he disagrees that his father does not answer the issues about at them. He said he is sure and confident that VP Binay can answer all allegations and will continue to answer the other allegations in the next coming days.

On the 24M worth classrooms 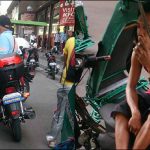 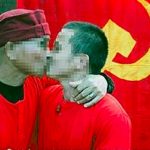