With social media and the internet still on fire about the same-sex marriage law being passed in the US, a little digging up of history showed the Philippines already has a record of its first-ever gay marriage.

Thomas van Beersum, in his post, said the National People’s Army (NPA) already conducted rites for same-sex marriage in the Philippines back in February 2005. Ka Andres and Ka Jose, two guerrilla fighters who participated in the NPA’s armed struggle against the pro-U.S. regime in Manila,  exchanged their vows before their comrades, friends, and local villagers. Interestingly, the names ‘Andres’ and ‘Jose’ are names of two of the most well-loved heroes of the country.

Similar to Christian and Catholic weddings, there was also a cord that bound the couple together. In this case, they used a rope and also bound their sponsors. They also wore a a sequined flag of the Communist Party of the Philippines. The rope and flag supposedly symbolized that their marriage would be made stronger with the help of both their comrades and the masses.

Since the Philippines is a predominantly Catholic country, naturally many reacted to the act, condemning the NPA and saying their did not have any morals for having engaged in such an act. A spokesperson for the Philippine Air Force was even quoted as saying, “This proves that they have no god and their morality is very much in question.”

As for the couple, Ka Andres said, “Gay cadres adhere to the strong party discipline. They enhance the prestige of gays in the movement. This has gained positive results through the years. Comrades (male and female) and even the masses have learned to respect and recognize gays and their contribution to the revolution.”

Ka Jose supported his partner saying, “What we have to do now–with the help of the party–is to work on our marriage and to be strong while serving the people.” 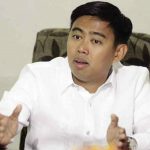 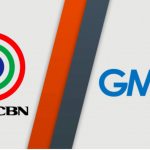