These days, a lot of people are using online banking to easily manage their accounts. They also use their mobile phones not just for mobile/online banking, but also as a recovery option for their email, social media, and bank accounts. This easy connectivity is convenient but also has its downside – something that netizen Ian Del Yong Caballero learned the hard way.

Caballero shared his experience to warn others about a scam that cost him P48,000.

In a now-viral post on Facebook, Caballero narrated how he noticed that his Globe postpaid SIM died without any warning last July 2, 2015. Upon calling Globe, he learned that someone processed a SIM card replacement request at the Globe store inside SM North EDSA. As he was definitely not the one who requested for the replacement, he expressed concern over safety issues now that someone else is using the line.

Thinking it was just a processing error, he did not really mind the issue at first until he discovered that someone booted him out of the Facebook app on his phone and he could not access his emails. It was quite unfortunate that the thugs were able to access his main email account which contained a lot of important information, including his bank transactions.

Possibly within minutes after hacking into his account, the scammers were able to siphon P48,000 from his BDO account, transferring it to the Security Bank account of a certain Kristianne Zoilo V. Hernandez. Caballero would later receive messages from Hernandez who denied having a hand in the scam, claiming that he was also a victim in this case.

Here’s a screenshot of the notice from Caballero’s bank regarding the transfer:

Caballero discovered the theft after he regained control of his accounts and cancelling the SIM card held by the scammers. But it was too late because the crooks already got his P48,000. As of press time, there is no update whether the bank has already reversed the transfer or whether he would be compensated for this lost money, especially considering it was technically not the bank’s fault at all.

After personally visiting the Globe store where the SIM card replacement was processed, Caballero was angered by the fact that 1) the person who processed that transaction did not report to work while he was there and 2) even after correctly filling out forms to request for a copy of the CCTV footage, he was later told he could not get hold of the clip as it was an “internal” matter. He would need to arrange this with Globe’s legal department.

As of July 6, BDO is still investigating the incident for fraud and Caballero has not gotten his money back. He also has not posted an update whether Globe already released the CCTV footage to him. 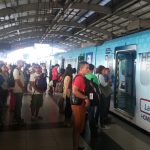 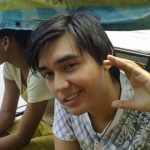