Indonesia confirms the execution of 10 death row convicts with drug-related charges including Filipina maid Mary Jane Veloso, according to an official said on Friday.

The Attorney’s General Office (AGO) released the ordering of execution letter and it was dated April 23, spokesperson Tony Spontana said.

The execution would be conducted after the conclusion of the 60th Asian-African Conference Commemoration.

Earlier, Indonesia asked foreign embassies to send representatives to the prison island of Nusakambangan, where the execution would take place.

Officials said Veloso, who is slated for execution, was transferred Friday morning to the said island together with nationals from Australia, Brazil, France, and Nigeria.

Lawyers of Mary Jane Veloso filed a second petition few hours after she was brought to Nusakambangan.

Foreign Affairs Undersecretary for Migrant Workers Affairs Jesus Yabes said the document includes the report of the Philippine Drug Enforcement Agency attesting that she is not a drug courier or a member of any drug syndicate.

Yabes said that they also filed charges against Veloso’s godsister Christina Sergio, who recruited her and duped her into carrying 2.6 kilograms of heroin inside her baggage which the authorities have discovered when she arrived at an airport in Java, Indonesia.

Just this week, Indonesia Supreme Court rejected the final appeals of a French prisoner and another from Ghana according to media reports. 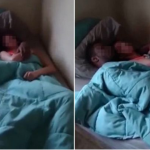 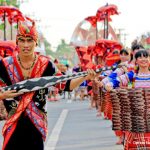