All hell will definitely break loose when you discover your partner is cheating on you.

We have witnessed such situations in our neighbors, in television shows, in newspaper headlines.

While some chose to get into a bloodbath with their partner’s lover, some take revenge using the most powerful tool to humiliate someone nowadays, the SOCIAL MEDIA.

This is what this unnamed man did to his girlfriend and her lover. After being informed by her roommate that the girl has brought home another man after a night out, the boyfriend did what he had to do.

Determined to catch both his partner and her lover in the act, he filmed his plan.

In the recorded video, the man is seen walking up the stairs of a residential building. He then opens the woman’s bedroom and as expected, the girl and an unidentified man were lying together in bed, asleep.

But unlike others who is caught red-handed, the girl just barely moved. Eventually, perhaps after realizing it’s her boyfriend, she covered her eyes and didn’t say anything.

The man who took the video turned to the lover and asks, “Did you know she had a boyfriend?”

Ironically, the man does not seem to be affected and continues to stay in bed with the girl.

No other information was given about what happened to the couple or the mystery man after the incident. But with the video circulating online since the 2nd week of April, it has received millions of views according to Mirror and has been reuploaded by other YouTube users. 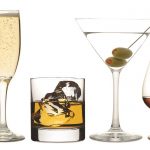 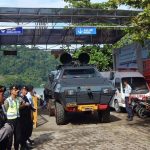