Jason James Dy was hailed the winner of ABS-CBN’s “The Voice of the Philippines Season 2” during the reality talent show’s finale at the Newport Performing Arts Theater in Resorts World Manila on Sunday, March 1.

The haranista hearthrob, a member of Sarah Geronimo’s team, beat out three other contestants for the title. Alisah Bonaobra from Apl.de.Ap’s team was named runner-up. Leah Patricio of Team Lea Salonga and Rence Rapanot from Bamboo Manalac’s team placed third and fourth respectively.

The winner was decided via text votes. The final two finalists were declared based on the votes during the Saturday and Sunday live shows, while the winner was decided based solely on votes polled during Bonaobra and Dy’s final performance. With percentage of votes which is 52.94%, Dy captured the viewers of the show where as his rival performer only got 47.06%. 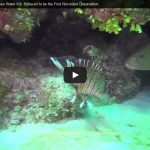 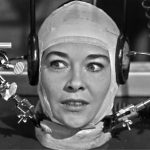