The continuing infestation of lionfish throughout the Caribbean and parts of the Atlantic is cause for alarm and more and more people continue to devise ways of tackling the problem. Known as most invasive species on the planet, this venomous fish, native to the waters of the Indo-Pacific, have no known natural enemies and their proliferation is going largely unchecked.

But nature may be working on its own fight against the invasive species. On this shocking video shot by Jim Hart, co-founder and executive director of Lionfish University, it seems that at least one large grouper has developed a taste for lionfish, poisonous spines and all, although eating them requires great care and proper timing. It is believed to be the first documented evidence of its kind, a diver has shot footage of a Nassau grouper making an open water kill and consumption of a lionfish.

Watch the video— it picks up at the two minute mark— and chime in on either side of the debate. 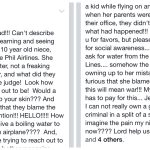 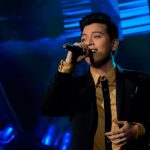