C’mon give me a fist! Show the world what we’ve got!

Let’s give our all out support to Manny Pacquaio’s upcoming fight with prizefighter Floyd Mayweather this coming May 2.

Pretty much obvious that Pinoy celebrities’ support for Manny has woven around in social media world. Ooops, it doesn’t stop there, man. Looks like this might be the next ice bucket challenge as this featured celebrities are tagging and challenging around 3 nominated friends to do the same.

Cosplayer Alodia Gosiengfiao shows her cutie-patootie moves and urging her sister Ashley, Eric Ejercito and Liui Aquino to showcase their knock-out moves too!

Actor Mikael Daez’s video post is undeniably hilarious. He truly deserves a clap clap for that. In what thought to be like charging energy through crying out loud, it’s just a simple clap on someone’s face. What a sweet gesture! He nominates Megan Young and @migpaps.

What a slow knock-out move from Kyla! Can we get another satisyfing knock-out one more time? She’s challenging Mark Bautista, R&B king Jay R, and  husband Rich Alvarez who took a video-quick responsively. But we agreed his video has a growling special effects and tagged Don C Allado, KC Montero, Paolo Bugia, and Emmanuel Martin Quicho.

You’re a little bit defensive there Rhian. Isn’t he your friend? So guys know you know, you should not trigger finger her or else?  She wanna see Bianca King and Creaive Director Raffy Tesoro’s knock out moves too! But the latter posted a straight face and lost his match.

Wyn Marquez has a special talent of putting guys on ground with an-effortless-push-down-kick. Thinking why she did not use this power in winning the crown? She believes in fair and honest way of competing. Hahaha! She invites Mayton Eugenio,Frencheska Farr and Ms. Universe 4th Runner-up Venus Raj, who accepted the challenge immediately.

and She wants to see the support knock-out move of Mj Lastimosa, Pia Wurtzbach, who posted a chilling photo last three days ago. She says, “Chill lang ako dito kasi bahala na si Pacman. Show your knockout move for Manny & use the hashtag.”

DJ Gino Quillamor’s  training skills adds to insanity of this challenge. Thumbs up for you! We support you all the way and cannot wait to see the videos of labor of your dearest co-host DJs Chico Garcia and beautiful Delamar Arias!

DLSU Green Archers’ Arnold Van Opstal photo post in Instagram supports Manny all the way.  We  feel the same way too for you! Opstal is waiting for Joshua Torralba, Kib Montalbo, and Terence Mustre post. So what are you waiting for that guys! Give some non-basketball moves? Alright!

We bought your joke there, Half indian – half mango Sam YG!

Show-off to the world that we are the greatest fandom any boxers in the world would ever get! Your knock-out moves don’t necessarily have to be a punch.It can come from any forms whichever you like- karate move, kung fu move, dance, make-up maneuver, goofy pose, etc.

Do not forget about the #SugodManny. Who says we call only rally along the street? Let’s set an online rally trend! Let’s rally and be united in supporting Manny Pacquiao through #SugodManny. 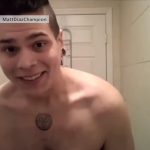 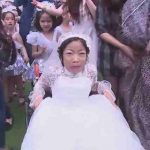