MANILA, Philippines-Several soldiers who were at the Bonifacio Global City for the 118th Anniversary of the Philippine Army on Sunday, March 15 received Krispy Kreme donuts from a mystery guy who introduced himself as Dexter Koh.

In a photo posted on Facebook by Captain Gemira Dy of the Philippine Army’s Civil-Military Operations Group, Koh, who saw some members of the Army lining up at the Krispy Kreme branch in Bonifacio Global City on Sunday, asked how many soldiers were participating at the static display.

Suddenly, Koh purchased 12 boxes of Krispy Kreme for the 200 soldiers. One of Dy’s colleagues claimed that Koh just went inside the Krispy Kreme branch to buy donuts for the soldiers and not for himself.

According to Dy, Koh bought 12 boxes of donuts amounting to P4,740. After paying for the donuts, the mystery guy suddenly left. This didn’t give the soldiers a chance to have a photo opportunity with the good samaritan.

The mystery guy’s good deed most likely uplifted the spirits of our country’s soldiers in the aftermath of the Mamasapano incident which took the lives of 44 SAF members.

We are all overwhelmed by his gesture. We are thankful that he appreciates the Philippine Army. 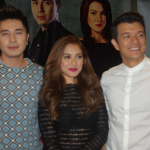 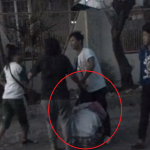