Last year was a big year for the Spider-man franchise after the announcement of Tobey Maguire’s return to the Spider-Man movie. This year is again another big change for the web slinger icon as Spider-Man will become part of Marvel’s Cinematic Universe (MCU).

Speculations of Spider-Man’s appearance in the MCU started almost 10 years ago since the web slinger is one of the important characters in the Marvel Universe in the comic books.

In an announcement made last February 09, 2015, Marvel Studios and Sony Pictures Entertainment revealed that Sony is going to bring Marvel into Spider-Man.

According to Marvel, the new Spider-Man will appear first in a Marvel film from MCU, and on July 28, 2017, Sony Pictures will release another Spider-Man film which will involve Kevin Feige as a co-producer and his team at Marvel. Amy Pascal, a former executive of Sony Entertainment will also be involved in the production of the next Spider-Man film.

Spider-Man’s moving back to Marvel in the big screen is so monumental that the Walt Disney Company, who owns the Marvel franchise, rescheduled a number of Marvel films including “Thor: Ragnorak” which was supposed to be opened in cinemas on July 28, 2017.

Meanwhile, Bob Iger, CEO and Chairman of the Walt Disney Company has expressed their excitement to the new addition to the MCU.

Spider-Man is one of Marvel’s great characters, beloved around the world. We’re thrilled to work with Sony Pictures to bring the iconic web-slinger into the Marvel Cinematic Universe, which opens up fantastic new opportunities for storytelling and franchise building.

Are the Avengers going to be included in the next Spider-Man film?

Currently, Sony Pictures and Marvel are looking into the possibility of integrating the Marvel heroes into the next Spider-Man movies.

Well the secret is not kept no more. Yes,  Spider-Man is joining Captain America, Thor and Ironman in Marvel’s Cinematic Universe! 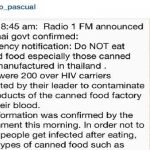 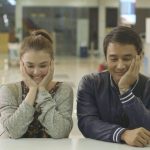