A video from Vine showing Louis Tomlinson from the boy band One Direction has gone viral with him saying, “I’m gay, it’s pretty unfortunate.” Or did he really?

The video was uploaded by a 1D fan named Ty (@booomitsbieber). She took a video of 1D band members Louis Tomlinson and Liam Payne in a hotel lobby talking t in Melbourne, Australia last February 14th. After the video was uploaded, different social networking sites have posted about the video with the hashtag #ImGayItsPrettyUnfortunate.

A three-second video came out with Louis saying the line which really seemed like he was telling someone that he is “gay’.

However, hours after the video became viral, Ty, who uploaded a video, tweeted again saying that Louis never said he was gay.

Ty then shared the full video with the caption of what really happened in the conversation.

Apparently a guy was telling Louis that they had the same birthday and Louis answered by saying, “Hay, it’s pretty unfortunate.”

The hashtag #ImGayItsPrettyUnfortunate trended last February 15th and is still one of the most popular hashtags as of writing. But did Louis really said he was gay?

We found the original video that Ty posted on Vine, and we believe it’s just a matter of a problem with Louis’ accent.

And for everyone to know, Louis is in a relationship going four years with girlfriend Eleanor Calder. And they were just at Bondi Beach in Sydney, Australia last Friday according to Daily Mail.

So, there you go, it was just unfortunate that Louis had the same birthday with some guy at the lobby. Pretty unfortunate, isn’t it? To watch the original video, please click here. 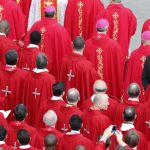 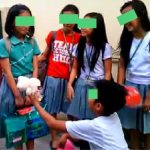