The Catholic church must remove paedophile priests from their assignments and should send them into legal authorities immediately, the United Nations said in reports about the never-ending scandal of sexually abusive clergy.

The committee of independent experts said it was “gravely concerned that the Holy See has not acknowledged the extent of the crimes committed…and has adopted policies and practises which have led to the continuation of the abuse by, and the impunity of, the perpetrators.”

It encouraged the church to terminate all known suspected child sexual abusers from duty and face their alleged crime to the authorities and let the case proceed to the court.

Failing to bring justice to the victims and families involved, the UN committee on the Rights of the Child said that “tens of thousands of children worldwide” had been raped over decades ago and still continue today.

It accussed the holy see’s attempt to protect abusive clergy members where the latter had simply been moved from one diocese to another, allowing “many priests to remain in contact with children and to continue to abuse them.”

Children were still at “high risk of sexual abuse, as dozens of child sexual offenders are reported to be still in contact with children,” this report was released after the committee highlighted the blatant criticism towards Catholic church.

A “code of silence” applied on clergy members, under the penalty of excommunication, meant that child sex abuse cases “have hardly ever been reported to the law enforcement authorities in the countries where the crimes occurred.”

One of which certifying the scornful maltreatment was reported where unmarried girls who got pregnant are placed into infamous church-like institution “Magdalene Laudries” located in Ireland, which was banished not until 1996.

It was reported that girls placed in the establishment had been “forced to work in slavery-like conditions and were often subject to inhuman, cruel and degrading treatment as well as to physical and sexual abuse.”

The UN committee drew attention on the Vatican to fully investigate the “Magdalene Laundries scandal”, get them refer to the legal authorities and pay full compensation to the victims.

The committee called Vatican’s arguments fallacy that it is not accountable for the actions of clergy outside the Vatican City State and it’s remit bounded only within their territories.

It said that Catholic religious orders “are bound by obedience to the Pope in accordance with (Canon law)”and that when the Vatican confirmed the convention on the rights of the child in 1990, it “committed itself to implementing it not only on the territory of the Vatican City State but also through individuals and institutions under its authority.”

The Vatican said it would submit a “thorough study and examination” and will stay true on its commitment to defend and protect child rights in accordance with the U.N. guidelines and “the moral and religious values offered by Catholic doctrine.” 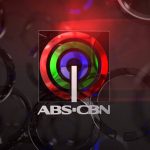 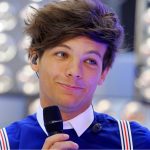