There is no holding back from what the Queen of All Media has to say to people against his brother, President Benigno “PNoy” Aquino III.

Just last weekend, Kris Aquino unfollowed Judy Ann Santos for side-swiping PNoy in an Instagram post. This week, PEP reports that Kris Aquino defended her brother even to non-celebrities, answering back to them in a manner which she seems to be really fed up with the unreasonable bashing of her brother PNoy.

One of Kris’ bashers apparently questioned what action PNoy will take for the families of the 44 PNP-SAF who died during the Mamasapano incident. Kris tagged the basher and stated that PNoy is not an “epal”, which is a term for someone who always craves for the limelight. In addition, she also mentioned that PNoy privately met with the families of the Fallen 44, despite of some people’s disapproval.

Kris also mentioned that she had to defend his brother because they are family. She said that she can not avoid defending the people that she loves.

You know me. Lahat ng atake I trained myself to ignore, but when my brother’s life is threatened a line is crossed that I will stand up to defend.

It seems like the Queen of All Media is taking over the social media too! What’s next for Kris and her bashers? We hope it would not be so ugly anymore. 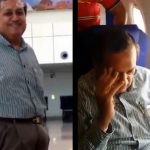 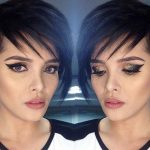