President Benigno Aquino III declared January 30 as the ‘National Day of Mourning’ to give honors to the members of the Philippine National Police Special Action Force (PNP-SAF) that fell during an armed encounter in Maguindanao on January 25, as well as a sign of solidarity with their families.

Flags flew at half-mast across the Philippines on Friday as the entire country observed a national day of mourning following the violent deaths of 44 elite commandos during a daring raid.

Netizens and some celebrities on different social networking sites expressed their sentiments including Judy Ann Santos-Agoncillo.

She posted on her Instagram account a screencap of an article with headline ‘Obama Cancels Scedule to Meet Returned Bodies of Fallen Troops’ with caption of “Just saying… Obama knows his priorities….”

What the article says is far from what our president did arrival of the 44 members of the police’s elite special action force killed during a firefight with rebels at the Villamor Airbase, Pasay City on Thursday morning.

The actress’ status earned different reactions from netizens. One of them is Ellah de Castro who called her ‘epal’ for posting that kind of sentiment for which she replied, “Dear @ellahdecastro.. I respect your opinion.. Lahat tayo may karapatang magbigay ng sarili nating opinion at saloobin sa mga bagay na gobyerno ang involved.. You might want to check other ig accounts of other public figures as well… we all share the same sentiments.. Tao lang rin kami.. Kaya may karapatan kaming sabihin kung ano ang nararamdaman namin.. It is an issue already to begin with.”

Filipinos could not help but to compare chief executive attendance status pointing out that he was able to grace DongYan wedding, grant an interview with Vice Ganda, and attend inaguration of car manufacturing plant in Laguna but was not even present to express sympathy with the bereaved families of SAF cops. 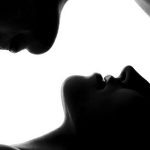 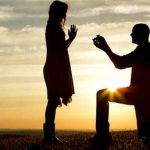