After the 88 candidates brought couture from their countries to Miss Universe stage, this now will lead to the final rounds of competition in Miami, Florida.

The much-coveted beauty pageant will crown Miss Universe 2014 supposedly since it was postponed last year. The 2015 pageant will be held later this year.

Fans can receive blow by blow updates via Miss Universe official Facebook page and Twitter Accounts. Viewers may also see Gabriela Isler from Venezuela crown her successor via live telecast on ABS-CBN,  Jan.26 at 10AM.

News anchor Natalie Morales of “Today” and journalist Thomas Roberts of “Morning Joe” will be joining to host the pageant, together with former Miss Universe third-runner up Ariella Arida from the Philippines as the backstage host for online streaming.

LIVESTREAM: Miss Universe 2014 (to be embedded here once available, check back for the update)

Meanwhile, boxing champion Manny Pacquaio posted a tweet that he is excited to take part in this  highly-concluded event.

As the most beautiful woman from 88 different countries around the world vies for the crown of Miss Universe, behind-the-scenes images are posted in Miss Universe Instagram account.

Check out our beautiful hosts! Tune in to the 63rd Annual #MissUniverse Pageant LIVE on Sunday January 25th at 8/7c on NBC @thomasaroberts @nmoralesnbc @thejeanniemai

Who's ready for tonight!?!? These guys are! Be sure to Tune in to the 63rd Annual #MissUniverse Pageant LIVE on Sunday January 25th at 8/7c on NBC

Huge thank you to our pageant sponsors PAWA and @SBAAirlines for making us feel right at home in Doral-Miami! Who do you think will be the next lucky lady standing next to Mr.Trump as the new #MissUniverse tonight?! Tune in at 8/7c on NBC to find out! 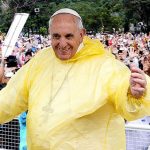 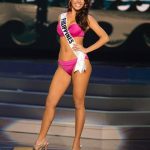