Angry at being asked to pay P500 each time he passes through Ortigas Avenue, close to Meralco, netizen David Kilpatrick finally took a video of the incident so they would not do it to him again.

According to Kilpatrick’s post on Facebook, he knows that those on the left lane could not go straight on that road; thus, he ALWAYS stays on the middle lane. However, despite following the right traffic rules, the MMDA enforcers always asks him to stop and pay them P500 for disobeying traffic laws.

Irked at being extorted for quite some time now, Kilpatrick decided to record the incident. In the video, it was clear that he was on the MIDDLE lane yet, as he expected, the MMDA enforcers flagged him down because he allegedly committed an offense.

When he told the MMDA enforcers he was videotaping the encounter, they changed the tone of their voices and waved him off, saying he was “all clear”. 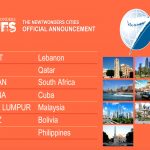 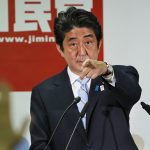