Pacquiao fights Algieri on Saturday night (U.S. time, HBO pay-per-view) for the WBO welterweight title fight at Cotai Arena. Algieri (20-0, 8 knockouts) is a confident and eloquent speaker, and his rise in one year from club fighter to 140-pound world champion has been inspiring. But his uphill battle in trying to meet Pacquiao’s talent and accomplishments is why Algieri is an 8-1 underdog.

Pacquiao (56-5-2, 38 KOs) hasn’t knocked out an opponent since 2009. He’s had reason not to chase the knockout in his last two unanimous-decision triumphs over Brandon Rios and Timothy Bradley, after doing so and getting knocked out by Juan Manuel Marquez in December 2012.

Algieri also wants to show the benefit of his master’s degree in clinical nutrition, after complementing his superb fitness with a new-age diet — canned pumpkin and beet juice are part of it — he believes will ensure he can go 12 rounds without fatigue. 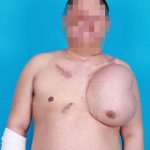