Yan Jianbin, a Chinese man whose face was severely disfigured after suffering from an electric shock, has a “new face” growing on his chest.

Jianbin was working in Hebei Province in China when he was electrocuted after opening  a high-voltage transformer.

Due to the accident, Jianbin lost his right eye and nose, leaving his face severely disfigured.

Plastic surgeons at Shenyang Army General Hospital in Liaoning Province are looking at the possibility of creating a new face for the former laboratory technician.

The procedure, which involves expanding the skin on the left side of chest, started six months ago. To stretch Jianbin’s skin, the doctors injected saline water into his chest.

According to Jianbin’s doctors, the procedure will take at least two years and will be broken into five complex stages.

Now that the “new face” has been created, the next two phases will be building a new nose using his newly created skin and rib cartilage.

Afterwards, new blood vessels and arteries will be created in the third phase.

Face transplantation will be carried out in the fourth phase, while carving and fine-tuning Jianbin’s new facial features will be done in the last phase. 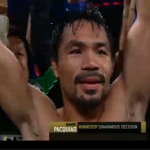 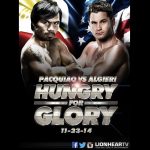