There is no doubt that Boracay is one of the best destinations in the Philippines, drawing tens of thousands of tourists every year, especially during the summer season. This beautiful island is known for its stunning white beaches, beautiful sunsets, and the host of exciting nature trips and fun activities for tourists to enjoy.

To date, there are hundreds of shops across the islands yet there is no mall. You would think news about an upcoming mall construction would excite the people then, right? Well, not really.

The announcement made by DoubleDragon that it was able to obtain a 1-hectare prime commercial lot to build a mall was met with mixed reactions from netizens. CityMall-Boracay will change Boracay’s history and topography, bringing the big city to this beautiful island.

The Negative Effects of Building a Large Mall in Boracay

Development in Boracay has been controlled, somewhat, by the government agencies, such as the Department of Environment and Natural Resources (DENR) to prevent the destruction of this resort island. Yes, the construction of resorts is permitted, but there are certain guidelines imposed such as no reclamation of the sea to give way to man-made structures.

The new mall won’t be built on a reclaimed part of the island yet it now brings the big city to the resort island. As a hub of activity, it will draw the people away from the beaches and outdoor activities by offering them other exciting alternatives (perhaps there would be a cinema there, too?).

This actually defeats the purpose that most people have when they go to Boracay. You go to Boracay to relax and unwind, to breathe some fresh air, and try to forget about the big city and its malls even for just a couple of days. With the mall there, you might end up spending half your Boracay trip in the mall, not at the beach which is kind of sad.

Some netizens who read the news think that Boracay should be spared of malls because there are too many malls in the country already. If this development starts, who’s to stop other developers from building new malls in the island? Soon enough, you will have a mini-Manila in Boracay. That might sound a little too melodramatic but the effects could only be seen clearly in the future. Would you really want Boracay to be overgrown with malls?

Others also think Boracay is getting too commercialized (well, there are plenty of shops there already but a mall is a different thing). Also, the developers wanted to draw the local shop owners to open a shop in the mall, instead – that’s death to the local shops! Little by little, the mall will encroach on these small time entrepreneurs’ space, taking their clientele away so that they are forced to focus on the shop they have in the mall. Of course, they would be paying exorbitant rent there. How do you think they would gain back the money from the high rent, anyway?

The upcoming mall will surely be a modern addition to Boracay, but is it really worth the investment?

What the Mall Promises to Bring

DoubleDragon takes pride of being the first developer to ever put up a mall in the island. CityMall-Boracay will have a full-sized supermarket, which could become the top source of fresh groceries and various items.

The developer envisions the mall as a central hub of activity, drawing tourists and locals alike. Not only can it be a great hangout for the tourists, the mall will also benefit the locals who can buy fresh produce and various shop items from its shelves.

As a mall, it is expected that there would be several shops dedicated for clothing and various apparel. With its location in Boracay, there would probably be several sports and diving shops in CityMall-Boracay when it opens.

With a mall on the island, there would be more options for food other than the resorts and existing restaurants. The healthy competition could even bring down the prices of commodities and food on the island.

Moreover, it is expected to generate jobs for the locals.

Is the mall going to be a good or bad addition to Boracay? Well, there are always two sides of a coin. Let’s just hope it would really bring more good than bad to the resort island as it projected and planned. 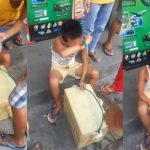 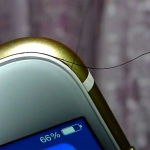