A man in New York had an diabetic episode while driving, causing his to crash his car into a gas station pump. With a burning gas pump about to explode just a few feet away, video captured the heroic rescue of a driver by an off-duty New York State police officer.

Although he was injured, John Vescio instinctively ran when he saw the gas pump he was using had erupted into flames after a car barreled into it. Flames erupted as soon as his car hit the pump at a very high speed and if it hadn’t been for a quick thinking, off-duty cop who reacted to the scene in a matter of seconds, the 70-year-old driver of the Toyota, who was incoherent, would not be alive today.

Just moments after the off-duty cop, pulled the unconscious man from the vehicle, both cars lit up in flames. 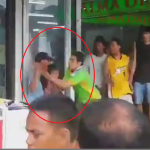 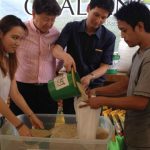