Now that all the hoopla over the ice bucket challenge has dwindled, a businessman is trying to rouse Filipinos to join a new challenge for a different cause: the rice bucket challenge to provide food for the less fortunate. You don’t dump a bucket of rice over your head; instead, you share this bucket to others.

According to Rappler, hybrid rice pioneer Dr. Henry Lim Bon Liong decided to formally start the rice bucket challenge in the country, after realizing that it would have an immediate benefit to the people who are in need of assistance, of food.

Although a number of people in our neighboring countries, especially in India, reportedly did this challenge instead of the one for ALS, it did not gain footage in our country.  Lim wanted to bring awareness to the fact that many people are going hungry in the Philippines.  These people need help.

Water may not be scarce in our country but Lim wanted to change our perspective: try to do something to alleviate hunger and poverty, says GMA News.  Instead of wasting ice cold water in a challenge, Lim wants people to fill another person’s bucket with rice so the recipient may have food for the coming days.

Lim spent over 2 million pesos on the challenge because he chose to give to 5,000 families, each receiving a bucket containing 5 kg of rice.  Considering that rice is a staple food in the country, he believes that sharing even just a bucket can go a long way in helping stave off hunger, especially in poor communities.

As a businessman engaged in the rice industry, he is the best person to kick-off the challenge in the country.  He also plans to make this activity a yearly affair, giving away 5,000 rice buckets to 5,000 families every September, coinciding with his birth month.

Although Lim spent a lot of money in the challenge, he urges people to donate what they can.  People are encouraged to share to others even without having to spend a lot of money.  Any rice variety will do, he adds, as long as the donor has the willingness to share with others.

Lim’s employees also joined in the challenge, collecting around 200 buckets which they shared in their neighborhood.

A challenge for businessmen

For greater impact to the community, Lim wishes other businessmen would join the challenge, reports Rappler.  So, he tags business tycoon Manuel V. Pangilinan (MVP) as the next guy to do the challenge.

Those who will participate in the challenge are encouraged to share their photos/videos using the hashtag #‎RiceBucketChallengePH. 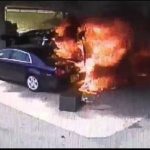 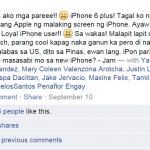