You may want to ask yourselves these questions and ponder about life, relationship and death once ABS-CBN’s upcoming primetime romantic drama series “Pure Love” airs this July.

“Pure Love” is the local adaptation of the much appreciated 2011 Korean TV series “49 Days,” which will give prominence on true love and strong ties that bind a Filipino family.

Starring Alex Gonzaga and Yen Santos, it follows the story of Diane (Alex), an outgoing and well-to-do girl who seems to have almost everything in her life; and Ysabel (Yen), an typical working girl who chose to lead a ‘lifeless’ life ever since her boyfriend died.

Don’t miss the premiere of the newest Kapamilya romantic drama series, “Pure Love” this July 7 before “TV Patrol” on ABS-CBN’s Primetime Bida. For more updates, log on to ABS-CBN.com, follow @PureLovePH on Twitter, and ‘like’ the show’s official Facebook page at Facebook.com/purelovetheofficial. 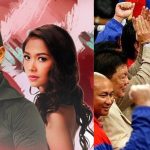 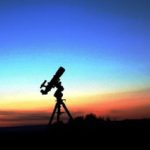