Our world is truly mysterious and amazing, there are many spectacular things happening every now and then, but our world’s beauty is just a tiny piece of what lies far beyond the skies, into depth of space.

There are many events that took place there that are truly magnificent yet so rare that we are only able to see it once in years, there are even some that you will only be able to witness once or twice your entire life! And here are some of them;

A transit of Venus across the Sun takes place when the planet Venus passes directly between the Sun and Earth (or another planet), becoming visible against (and hence obscuring a small portion of) the solar disk. During a transit, Venus can be seen from Earth as a small black disk moving across the face of the Sun. The duration of such transits is usually measured in hours (the transit of 2012 lasted 6 hours and 40 minutes). A transit is similar to a solar eclipse by the Moon. While the diameter of Venus is more than 3 times that of the Moon, Venus appears smaller, and travels more slowly across the face of the Sun, because it is much farther away from Earth.

A transit of Mercury across the Sun takes place when the mercury comes between the Sun and the Earth, and Mercury is seen as a small black dot moving across the face of the Sun. Transits of Mercury with respect to Earth are much more frequent than transits of Venus, with about 13 or 14 per century, in part because Mercury is closer to the Sun and orbits it more rapidly.

Churyumov-Gerasimenko comet used to orbit around the Sun in every 6 years. Jupiter makes gravitational influence on this comet as it is passing through Earth and Jupiter. Churyumov-Gerasimenko comet also originates from icy bodies next to Neptune planet and heading towards Sun. It passes at a distance of 3.5 astronomical units from surface of Earth.

Once it approaches aside of Neptune get pulled by gravitational force of planet, At first Churyumov-Gerasimenko discovered in the year of 1969, also discovered in every 6 years. During its journey towards Sun the icy particles get sublimates because of heat of Sun. This comet also eject large amount of dust during the journey.

Lenoid meteor holds showering of hundreds of sub particles of comet in every hours. It happens in every 33 years, can be seen with naked eye from various parts of Earth.

Is one of the brightest comets in the space, in fact 1000 times brighter than Halley’s Comet, It can be observed with naked eye from Earth, also holds record of longest observatory time of 18 months. Hale-Bopp comet made closet approach to Earth surface of 120 million miles. It have a diameter of 2 miles and highly elongated orbit. Space scientists estimated that Hale-Bopp comet took 2392 years to orbiting around the Sun.

Halley’s Comet is a periodic comet which is used to orbit around the Sun in every 75 years. It is named after astronomer Edmund Halley who firstly discovered this comet in the year 1531. This comet follows an elliptical orbit and makes closest approach to Sun as of 46 million miles and distant approach of 35 astronomical units.

During it’s journey towards the Sun get illuminated by reflection of light, causes by icy particles. It can be visible from various locations on Earth with naked eyes. It have a length of 9 miles and width of 5 miles, holds mostly icy particles. Halley makes last visit around Sun in 1986 and will return in 2061.

Comet ISON also known as Sun grazing comet which originated from oort cloud, the edge of solar system, ISON is known as comet of this century, which is discovered on 12th September 2012 by two Russian astronomers. Comet ISON is brighter than full moon, became extinct on 28th November 2013.

Comet ISON has parabolic shape, contains icy and dust particles. It actually made a long journey with duration of 3.5 billion years before merging with Sun. During the journey towards Sun ISON gain more length by addition of 112000 pounds of dust particles in every minute. Finally became extinct by making a close approach to Su of 750000 miles.

The possibility of alignment between planets of solar system is real but it is very rare. Space scientists estimated that there is a rare planetary alignment of Mars, Mercury, Venus, Jupiter, Saturn and Moon will happens in the year 2040.

It is also recorded alignment of Mars, Saturn, Venus, Mercury and Jupiter in the year 2000. In case of Earth scientists reported chance for alignment with Sun and Neptune in February 2014, possibility for Earthquake also arise if it happens. In May 2011 it is recorded the triangular alignment of Jupiter, Mercury and Venus. For next time these planets will align in same triangular form in 2015.

Every 30 Earth years a huge storm formation will happen within northern hemisphere of Saturn known as great white thunder storm. Strong thunder and lightning are the causes of this ammonia rich cloud formation. This storm have diameter of half of that of Earth. It is estimated that there are 10 string lightning will happens in every seconds within atmosphere of Saturn. This 10000 mile length lighting will vaporize the water contents within depth of Saturn’s atmosphere, once it gets condensed; lightning becomes more intense and forms thunderstorms. Great white thunder storms are 10000 times stronger than that of storms on Earth.

Is actually second full moon within a calendar month which only happen in every two years. The occurrences of two full moons have a gap of 29 days. As there are 30 days in every month it is possible to see two full moons in a month, but it happens rarely.

In fact the term ‘blue moon’ have no significance with this astronomical event, every full Moon have, But it is possible to see Moon in blue color when atmosphere is enriches by associated coloring particles. That is in 1883 when Krakatoa, a volcano in Indonesia exploded whole atmosphere got filled with dense ash and Moon turns to blue at that time, in a full Moon day. 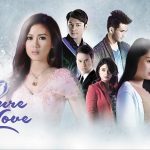 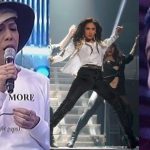