MANILA, May 20, 2014 – After twenty days in theaters, “The Amazing Spider-Man 2” has successfully unseated 2007’s “Spider-Man 3” as the biggest-grossing Spider-Man film in local history, according to Columbia Pictures Philippines.

As of yesterday, “Amazing 2” has posted a nationwide gross of P438.91-million, effectively outpacing “Spider-Man 3’s” final gross of P434.9-M. The former is expected to widen the gap even further as it continues to play in selected screens. “The Amazing Spider-Man 2” now also holds the record of the highest grossing title ever released by Columbia Pictures in the Philippines, as well as the country’s third-biggest movie all-industry (local or foreign) and all-time, behind only two other Marvel titles, “The Avengers” and “Iron Man 3.” 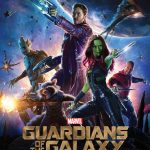