For the first time ever, the Queen of Pop has finally arrived in the Philippine soil to hold a groundbreaking concert. As expected, the set of the one and only Britney Spears will be full of colors and lights. Not your typical high-note belter diva, Britney has surely captivated fans all over the country as she bags 20,000 concert-goers to watch her show.

Set in Mall of Asia Arena, fans conquered the venue again to witness this history. A history that is now captured in photos.

A dime captured in a video

Can you imagine how fandom actually unites people? I don’t have to add more, just watch this.

The original video was posted by Flowell Galindez on Facebook and has been circulating on Twitter for sometime now.

Isn’t it a wonderful moment for us Filipinos paying tribute to the greatness that is Britney Spears? She has injected us a lot of lessons including how to come back after an awful breakdown and almost losing a 270M-career! Britney Spears is truly an inspiration to many.

Big thanks to Wilbros Live and Smart Music Live for making this concert possible. Kudos! 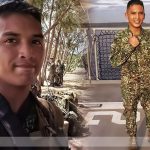 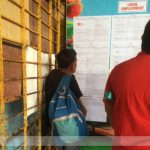