Johnna Hines, a bubbly 18-year-old from central Florida, is having a good time with her boyfriend Damon Richards, 20, one weekend when they pulled out the craziest idea in the whole Makeup World ever!

The two were reportedly just hanging out and messing around one afternoon. After showering, Johnna was doing her makeup and Damon decided to goof around and poke his girlfriend, with, umm.. his balls.

In an interview with BuzzFeed News, she said,

“He’s always messing with me so he started putting his balls on my head. I made a joke about using them as a beauty blender and we literally just looked at each other and started laughing and made the video from there.”

She even tweeted a poll if she’s going to post the video or not, and netizens went crazy for it.

The tweet not just reached thousands of netizens but also stumbled upon beauty experts like Bretman Rock and Manny MUA. Bretman retweeted the post, and Manny even quoted it.

And finally, when asked if the new beauty trick worked, she said, 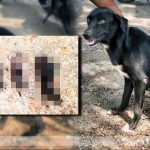 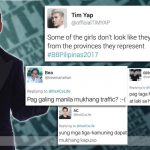