The 40-year-old multimedia personality, Tim Yap, made it to the headlines after proposing to his long-time boyfriend, Javi Pardo, early this year.

But now, he’s been put to boiling waters as he tweeted tactless and spicy comments about #BbPilipinas2017.

As the Binibining Pilipinas 2017 begins, 40 candidates hit the stage representing their respective towns. Tim Yap, on the other hand, had a thing or two to say about the diversity that is very evident in the prestigious pageant.

He might be quick to delete his controversial statement, but we still got the receipts.

While diversity is one of the core values of Binibining Pilipinas, netizens slam the radio and TV host for his discriminating comment. In fact, many poked fun about his statement, you will cry out of laughter.

We collected some of the funniest tweets slamming Tim’s tweets, and they’re hilarious!

And the twitizens are quick to respond with their own versions

We even recorded the funniest ones

This one even summarized the whole shenanigans

But this one is the shadiest of them all

Even though Tim Yap was quick to delete his tweet, and issue an apologetic statement, the damage has been done and netizens are not buying it.

After all, we’re entitled to our own opinions, right? But please, be considerate and think before you click. 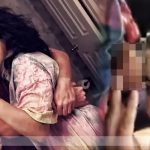 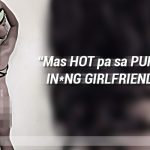