The issue about a hero’s burial for former Pres. Ferdinand Marcos Sr. has surfaced once again with the coming of the Duterte administration.

A known supporter of Marcos’s burial at the Libingan ng mga Bayani, presumptive president Rodrigo Duterte said he will allow the late strongman to be buried there not as a hero or a former president but as a soldier.

“I will allow the burial of President Marcos at the Libingan ng mga Bayani not because he is a hero. He was a Filipino soldier, period. That can be arranged immediately,” Duterte said.

But that claim has long been contested and debunked by historical accounts from the US Military records.

In a report by The New York Times published in January 1986, it said that Marcos’s claims of leading a guerilla resistance unit were not only “fraudulent” but also “absurd.”

Marcos has been known to portray himself as a heroic guerilla leader throughout his political career. It was even used in his campaign against Corazon Aquino for the presidency in 1986 to show that he had a better chance at handling the communist insurgency.

According to the investigative report, Marcos asked the US Army to recognize his unit “Maharlika” who fought against the Japanese army during World War II to claim back pays and benefits as a guerilla fighter. But upon a rigorous study and investigation by the US Army on Marcos’s claim, it was found out that no such unit existed during the war and that “Mr. Marcos’s claims about Maharlika were ”fraudulent,’ ‘preposterous.’ and ‘a malicious criminal act.'”

Ray C. Hunt Jr. a former Army captain who directed guerilla activities in the north of Manila, even said, ”This is not true, no. Holy cow. All of this is a complete fabrication. It’s a cock-and-bull story.”

Dr. Jose, an internationally recognized expert on World War II in the Pacific and the Japanese Occupation of the Philippines, said he wondered why Marcos’s “extraordinary act of bravery” which he claimed made a great impact on the outcome of the battle was not recorded by the US Army and was not even recognized by Carlos P. Romulo who was then appointed to the awards and decorations board.

One of Marcos’s claims was that he and his men stood their ground against some 2,000 Japanese soldiers over the course of five days. Dr. Jose noted that there was an error with the citation on the matter, which said “Susumi Takeshi” instead of “SusumuTakeshi,” one of the colonels in the Imperial Japanese Army.

Dr. Jose also shared he interviewed some war veterans over the course of 25 years and what he gathered was that Marcos was in Bataan during the war as an intel officer and not as a fighting soldier. 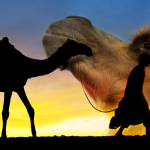 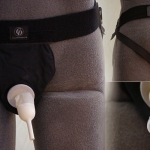