“We confirm that Vice President Binay has talked to President-elect Duterte. He extended his congratulations and wished the president-elect all the best,” Salgado said

Prior to this, Binay vehemently refused to concede, saying he will wait for the completion of the COMELEC count. He even asked for the support of his fraternity brothers in APO (Alpha Phi Omega) during a closed-door meeting at the New Horizon Hotel late Monday night, May 9.

Meanwhile, based on the latest tally from the PPCRV, Binay remained at number 4 with 5,313,602 votes (as of this writing).

With Binay’s concession, it’s now only Sen. Miriam Defensor-Santiago who has yet to concede to Duterte. 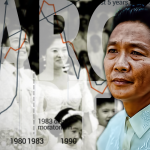 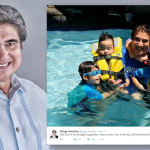