Filipino taxpayers will have to shoulder Marcos debt until 2025, that is according to think tank group Ibon Foundation.

More than 30 years after the ouster of former President Ferdinand Marcos, Filipinos are still paying off the debts incurred during his regime.

“As of 2005, the outstanding balance of Marcos’s foreign debts stood at around $926.72 million or more than P48 billion (at $1:P52). Following the country’s loan schedule, taxpayers will pay for the foreign debts of Marcos until 2025, 39 years after he was ousted from office,” the Ibon Foundation explained.

It added, “The Filipino people continue to bear these debts at the cost of being denied the right to access basic social services.”

Ibon estimated 33 percent of the country’s total borrowings during the Marcos administration didn’t go to infractacture projects and social programs but into Marcos’s own pockets and those of their cronies. They stressed that these debts are clearly illegitimate and onerous loans that benefited the private interests of the Marcoses and his cronies only. 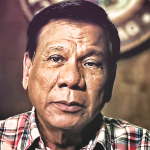 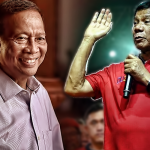