During a recent press briefing, former DILG secretary Manuel “Mar” Roxas claimed that the presidential race is now only down to him and Mayor Rodrigo Duterte after the former overtook Senator Grace Poe-Lamanzares in the April 26-29 Pulse Asia Survey.

“To the other candidates: Do not celebrate yet, good things are about to happen, Binay is coming.”

“It will be a tight race all the way to Election Day,” Quicho said.

“These efforts have intensified after April 29 which was the last day of the surveys. The final visibility push this week via motorcades, house to house campaign and sectoral events like the Indigenous People’s summit for Binay in Cagayan de Oro last Tuesday showed the winning path for the Vice President.”

Quicho is confident that history will repeat itself just like in 2010 when Binay won the Vice Presidency even with lackluster surveys results.

“This election will be won on the ground on election day. Let us all vote early with your family and friends,” Quicho concluded. 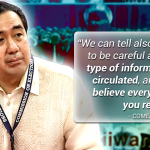 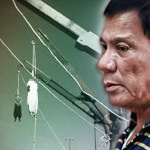