MANILA, Philippines. If elected as the country’s next president, Davao City Mayor Rodrigo Duterte wants to restore the death penalty, particularly by hanging in public.

According to the outspoken mayor who vows to eradicate crime and criminality in three to six months, the drug problem in the country has worsened and has become a threat to national security.

Duterte said, “I will recommend to Congress the restoration of [the] death penalty by hanging in public.”

The PDP-Laban standard-bearer also revealed his plans to create special criminal courts for drug cases which he will  propose to congress. Moreover, Duterte wants to abolish the Pangilinan Law or the Juvenile Justice and Welfare Act of 2006 authored by Francis “Kiko” Pangilinan. Under this law, rights of the minors in conflict with the law are protected due to the removal of the penalty of detention and imprisonment.

The tough-talking mayor believes this law has only promoted criminality in the Philippines.

“The impunity that human rights groups are so concerned about, it’s not really the government doing it, it’s the young criminal, for committing [a] crime with no accountability at all. The (Pangilinan law) actually ushered the new generation of criminals,” Duterte explained.

“In three to six months, everything has to stop. Corruption, drug, criminality. You are oppressing the Filipinos, and I hate it,” he added. 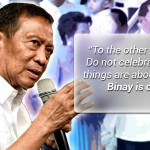 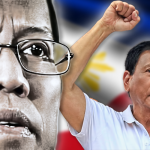