2. There is a probability that he can do for the Philippines what he did for Davao City.

1. Duterte has an uncanny leadership quality.

Duterte’s ability to lead people and influence them to follow Davao City’s ordinances is definitely not an ordinary quality for a Filipino politician. He is charismatic and liked by the masses. 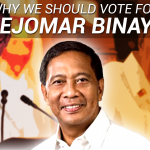 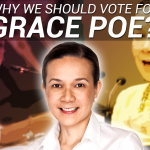