In her Facebook post, Sasot said according to the comics, Bongbong described how their family suffered in the US after being exiled from the country as a result of the EDSA People Power Revolution in 1986. Bongbong purportedly said their family was greeted with guns and abuses from the soldiers after arriving at Hickam Air Force base in Hawaii.

YOU ARE A LIAR. According to your campaign comics, when your family arrived at Hickam Air Force Base in Hawaii on the 26th of February 1986, you were greeted by guns and abused by soldiers. Your comics make it appear that your family was in deep misery, very telenovela. Dramatic and tragic,” said Sasot.

Bongbong’s claim was disputed by Sasot as a big lie, saying journalists who witnessed the Marcos family’s arrival in Hawaii reported that they were received by high ranking US Military officials and the Governor of Hawaii and his family.

Photos of the Marcoses being given leis and received by US Military officials were also posted to show the direct contrast between Bongbong’s claim and what really happened.

Meanwhile, Sasot also belied Bongbong’s claim that they lived miserably in the US, citing the Marcos family being featured in Vanity Fair magazine and other news reports that said they enjoyed their life in the US.

The post immediately drew online attention, getting more than 5,2oo shares and more than 2K reactions as of this writing.

“YOU ARE A LIAR. According to your campaign comics, when your family arrived at Hickam Air Force Base in Hawaii on the 26th of February 1986, you were greeted by guns and abused by soldiers. Your comics make it appear that your family was in deep misery, very telenovela. Dramatic and tragic (http://bit.ly/1Tl4bU6).

“According to journalists who witnessed your family’s arrival and according to these pictures, your family was greeted at Hickam by high ranking US military officials and by the old friends of your parents, Hawaii’s governor and his wife, who both placed leis around your parents’ necks. After first walking along the red carpet toward the waiting limousines, vans and buses, Imelda Marcos turned back toward the plane to pick up and carry a girl about 3 years old, apparently one of her grandchildren.

“Your family wasn’t also living in misery in Hawaii. In August 1986, Vanity Fair even featured your family’s life in Hawaii. And according to one news report in 1988, your family still enjoyed the high life you were accustomed to in the Philippines: ‘They are hosts to weekly Sunday afternoon gatherings and lavishly catered dinners at their multimillion-dollar Makiki Heights estate and dinner parties at some of the most expensive restaurants in town. Mrs. Marcos also makes occasional shopping trips to Honolulu’s designer dress shops.’

“While in Hawaii, your father even planned to invade the Philippines in order to regain power. The US Congress found out about it through the testimony of Richard M. Hirschfield, a dodgy lawyer, who posed as an arms dealer. Hirschfield secretly recorded his conversations with your father. In that conversation, your father boasted about his Swiss accounts, talked about the 14 billion dollar worth of gold he got from the Central Bank of the Philippines, veterans gold, and gold reserves of the Japanese commander, and how you Bongbong knew (a bit) about it!

“Here is the recording of the hearing of the Subcommittee on Asian and Pacific Affairs of the Committee on Foreign Affairs, of the US House of Representative on July 9, 1987. (http://www.c-span.org/video/?150886-1%2Fmarcos-plan-inva)

“President Ronald Raegan, key supporter of your family, even warned your father to abandon his plans (http://bit.ly/1N4Y6tH).

“The transcript of the session is available publicly:http://catalog.hathitrust.org/Record/002773926

[Your deception is appalling. You’re making fools out of people. I hope one day your family will meet its proper Ceaușescu moment. (Former Romanian dictaor Nicolae Ceaușescu was tried for corruption and mass genocide and was executed along with his wife Elena.)]

“NAPAKASINUNGALING MO!!!! (You are such a liar!) 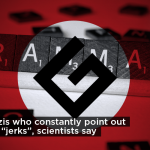 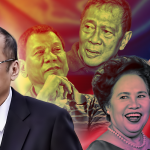