MANILA, Philippines. Back in July 2014, President Benigno “PNoy” Aquino III challenged the next Philippine president to beat the track record of his administration and urged voters not to veer away from Daang Matuwid or “straight path,” his administration’s slogan.

In a report by ABS-CBN News, PNoy was quoted saying: “If there is a singular legacy that I am leaving and sana, ano, masanay ang kababayan natin na ito ang kaya ng gobyernong pinapatakbo ng matino. (I hope our countrymen will get used to a government run the right way.)”

He added: “Kung sinuman ang susunod po sa atin, siyempre ito iyong—kumbaga ito iyong platform, ito iyong base kung saan siya maguumpisa.”  (Whoever is my successor, this will be the platform, the base from where he or she will start.)

Aquino also warned Filipinos not to return to darkness by 2016 as the country had already found the “light.”

With the Philippines barely a month away from electing the 16th President of the country, do you think it’s wise for Filipino voters to take PNoy’s advice not to veer away from Daang Matuwid? Let us now in the comments box below. 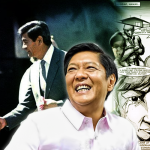 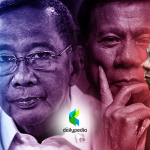