A new viral video has been making the rounds of social media. In it, 2016 President-aspirant Rodrigo “Digong” Duterte makes a joke about an Australian rape-slay victim.

The one-minute video clip that was posted by YouTube user “Beatboxer ng Pinas” last April 16, 2016 featured Duterte in the middle of a speech at a campaign rally, sharing the story of a female Australian missionary who was raped and killed. The now infamous video continues to criticism from netizens and the general public as seen on the original YouTube source and various social media.

(“They raped all the women. So in the first assault, because they retreated,  the remains of the people they used as cover were left, one of which was the body of an Australian lay minister. Tsk, this is a problem… When the body was brought outside which was then covererd, I looked at her face, son of a bitch she looks like a beautiful celebrity from America. Son of a bitch, this is such a waste. What came to my mind was, they raped her, and lined up for her. I got angry because she was raped, that’s one thing, but she was so beautiful, the mayor should have been first. What a waste.” )

An Inquirer article, which reported about the controversial viral video, made the connection that Davao Mayor was referring to the 1989 hostage incident by Felipe Pugoy, an inmate of the Davao City Police Office. The “Pugoy” hostage taking incident involved the police storming the city jail after prisoners had taken over and ministers who were there to preach were held hostage and killed in the process. This included Australian lay missioner Jaqueline Hamill, 36 years old.

The controversial video instantly went viral and received the ire of a majority of Filipino netizens.

I worked with victims of human trafficking. Many of these women and little girls were raped. They are often raped by…

As a woman, I take offense at the statement made by another Presidential candidate about rape. It is distasteful and…

Statement of Mar Roxas on the viral video of Duterte on the rape of the Australian woman:Seryosong problema ang rape….

Rape is a serious crime not just against women but against humanity. Rape, or any form of sexual abuse is not a joke…

Posted by GABRIELA | A National Alliance of Women on Saturday, April 16, 2016

This is not the first time that Duterte made some highly questionable statements that drew ire of many Filipinos, including one about his joke about the Pope Francis’s Philippine visit.

This is also not the first time that a public personality drew flak from joking about rape. Vice Ganda was also heavily criticized for his rape joke at the expense of multi-award winning journalist Jessica Soho in his “I-Vice Ganda Mo Ako sa Araneta” comedy concert back in 2013. 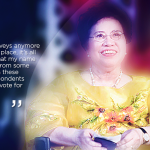 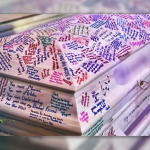