Eighteen-year-old Laura Hillier from Canada was supposed to graduate this year had it not been for the fact that she was diagnosed with leukemia.

Because her leukemia was aggressive, potent treatments were used. Her parents were able to find stem cell donors, but the actual transplant had to be postponed because of the shortage of beds in special high-pressure rooms necessary for the procedure.

When a room was finally available for Laura, it was too late because she was too weak to be transported to the facility. She passed away soon after.

During the wake, many of her friends and classmates wrote send-off messages in colored pens on her coffin, essentially transforming Laura’s casket into a “yearbook” of sorts. Her family also wrote their last farewell for Laura on her coffin.

One of her classmates took a snapshot of the message-filled coffin and shared it on social media where it quickly went viral. Thousands of messages soon poured in from all over the world from people who wished to condole with the family. 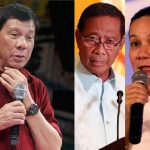 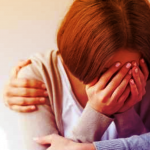