Some supporters of presidential front-runner Davao City Mayor Rodrigo Duterte are going to the extremes in campaigning for their candidate.

In the last Commission on Election (COMELEC) presidential debate held at the PHINMA University of Pangasinan Sunday April 24, some Duterte supporters held campaign posters which read “Ang Hindi Bumoto Kay Duterte, Patay. (If you do not vote for Duterte, you’re dead.)”

The COMELEC denounced such campaign materials, saying since it makes a threat to Filipino voters it violates election policy.

“Banner statements that threatens people of their lives is already a criminal offense,” said a COMELEC official.

Duterte supporters are known for their all-out support for the candidacy of the Davao City Mayor. They have been very vocal about their choice of candidate to the extent of engaging in cyber-bullying and online bashing their critics.

Meanwhile, Duterte’s campaign team has already issued statements to their supporters to stop harassing and bashing critics most especially journalists.

“From Day 1, we have called on our followers to take the moral high ground and take caution in social media. In behalf of Mayor Duterte, we reiterate such call and appeal to our social media supporters to stop bashing and even threatening journalists as well as all who express views different from ours,” said Peter Lavina, Duterte’s campaign spokesman. 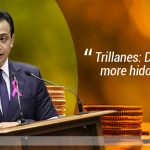 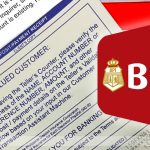